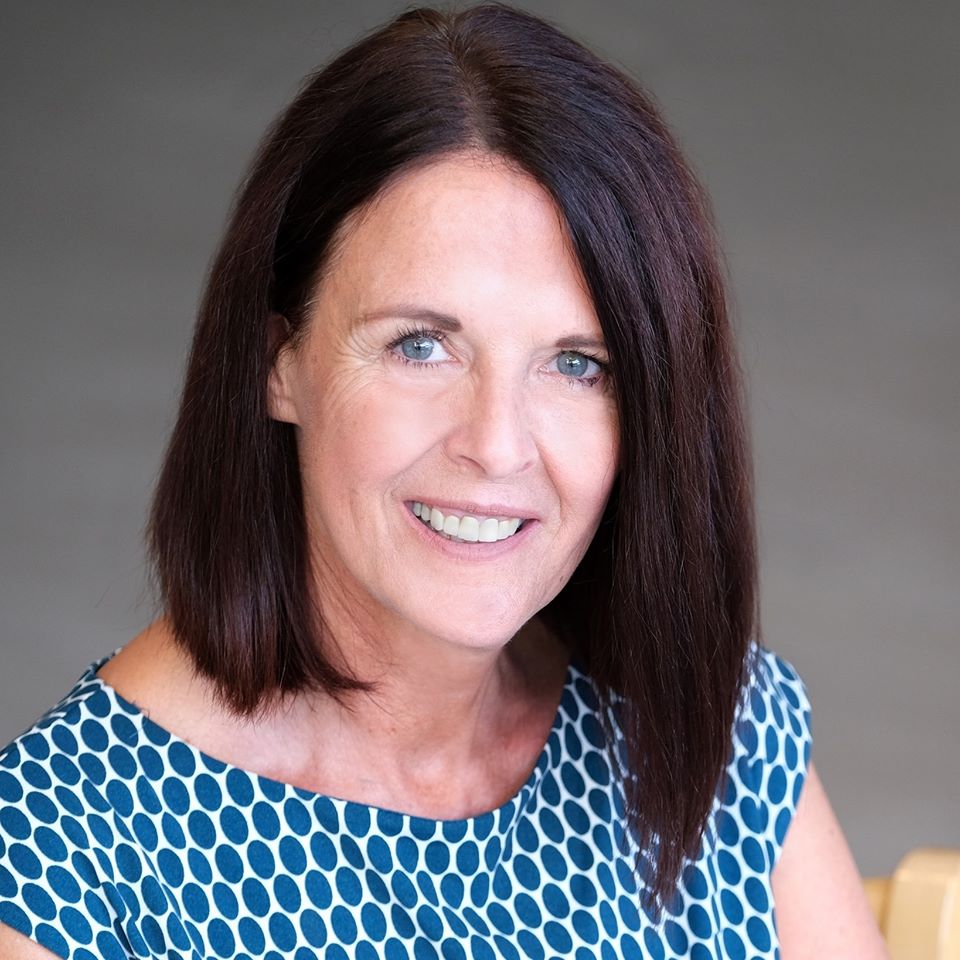 Elaine speaks publicly, sharing her story and educating parents on the risk factors associated with Video Gaming Addiction. She has been featured on numerous media outlets including CBC’s The National, CBC Radio, The Wall Street Journal, CHCH Television and Rogers TV.
Elaine is also a coach for parents, offering information, strategies and support in managing technology. As an author, Elaine has published two books titled, Seeing Through the Cracks, and Cyber Sober: A Caregiver’s Guide to Video Gaming Addiction.  Visit Elaine @ https://eyespyhealth.ca/
Check out our live and unscrpited interview in Business Mentorship; Keepin’ It Real  or choose the podcast 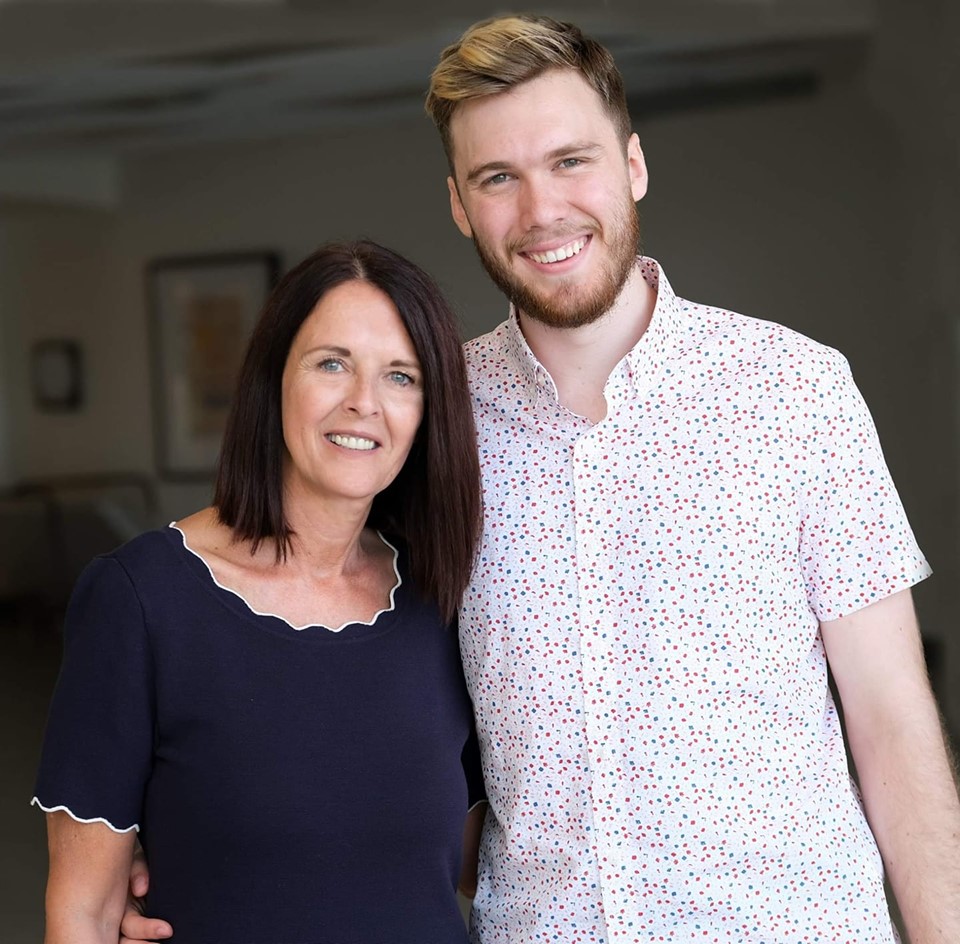 My Son’s Video Gaming Addiction Led Me to My Niche Audience, Elaine Uskoski

After spending several years in Social Service Work and Holistic Health, and coaching clients towards emotional and physical well-being, I discovered my nineteen year old son was suffering severely with a video gaming addiction, while away in second year of university. He’d given up on attending classes, stopped grooming, was hardly eating, barely thriving, in fact. He was playing video games for up to sixteen hours through the night, until he’d pass out, sleep all day, and start the pattern all over again. By the time the university caught up to him and he reached out to me for help, at 6’2″ tall he weighed in at only 127 lbs., has tremors, facial tics, smelled horrific, and had developed toxic skin pustules. His disheveled appearance and odour was like that of a homeless drug addict. It was the most heartbreaking and frightening sight for me, as his mother.

My son was in denial of his addiction; it was 2014, a time when very few were discussing this mental health condition. It would be another four years before the world health organization established video gaming addiction as an actual disorder. I recognized the signs of addiction immediately, and began the difficult journey of getting my son to recovery.

It was another two and a half years of hard work and devotion, on my part, before my son finally succumbed to his truth, and committed to a full detox and recovery. That was almost four years ago. He is still sober.

In the meantime, I was writing a book on the transition from parenting one’s child to parenting one’s adult child because I was struggling with this phase with my oldest son. As my younger son was nineteen at this time, I realized I was also parenting an adult child with an addiction. I felt it was important to include him in my story. The video gaming addiction portion of my book was not the main theme, but it grabbed people’s attention, and inadvertently launched me into a new career.

I became passionate about sharing the awareness of this newest addiction and began speaking at schools and mental health forums. I was later asked to start coaching parents. In preparation, I completed the Intenta Clinical Training for Video Gaming Disorder, and began guiding and supporting parents who also struggle in their home with their addicted child.

I have now found my niche market; it feels as though everything I did up until this point was leading me to this field. I use my background in Social Service Work and Holistic Health Coaching, along with my lived experience to make a positive difference in people’s lives, and it feel like the most natural thing to do. I love my work.

Canada is lagging in support for families and video gaming addicts and there is just not enough counseling or rehab facilities available. This year, I have also become the Canada Clinical Partnership Specialist for Intenta and am on a mission to help encourage the Intenta training to as many therapists as possible.

And now my second book, Cyber Sober: A Caregiver’s Guide to Video Gaming Addiction has been recently published and is available on Amazon. My son was kind enough to allow me to interview him so that readers could get inside and understand the mind of a video gaming addict. I also called upon experts who provided their professional advice to create a guide to allow caregiver’s to see that any addiction is a challenge to overcome. However, with the right support and therapeutic help, it is possible to recovery.

I was asked to speak at the Centre for Addiction and Mental Health (CAMH) at their annual gambling and gaming provincial forum in 2018 and again in 2019. The impact of sharing my story was tremendous and was received with such gratitude. Although I spent two full days hearing clinical studies and research from other speakers, at the same event, I realized that having a parent, who has lived the experience, can also be extremely helpful. When I spoke at schools, I kept hearing, from parents, the following phrase, “It’s so good to hear from and be able to ask questions to someone who understands what I am going through.” Those words were enough to convince me that I needed to do more – I needed to also start coaching parents, and I needed to write another book.

Every addict should be approached with “COMPASSION” because there is always an underlying emotional issue that is driving the addiction.

Follow you “PASSION” because it will always lead you towards the kind of work that is the most meaningful.

When we lead with “LOVE” for ourselves and others, we cannot fail.

Elaine speaks publicly, sharing her story and educating parents on the risk factors associated with Video Gaming Addiction. She has been featured on numerous media outlets including CBC’s The National, CBC Radio, The Wall Street Journal, CHCH Television and Rogers TV.
Elaine is also a coach for parents, offering information, strategies and support in managing technology. As an author, Elaine has published two books titled, Seeing Through the Cracks, and Cyber Sober: A Caregiver’s Guide to Video Gaming Addiction.  Visit Elaine @ https://eyespyhealth.ca/
Check out our live and unscrpited interview in Business Mentorship; Keepin’ It Real  or choose the podcast

PrevPrevious“Award Winning Artist, Photographer and Jack of all Trades” Jim Fitzpatrick
NextLevel Up with Confidence and Win in Life, Jennie CapatiNext